Shannon, Wally, and John built their lives around their place of work. Shannon, a white single mother, became the first woman to run the dangerous furnaces at the Rexnord manufacturing plant in Indianapolis, Indiana, and was proud of producing one of the world’s top brands of steel bearings. Wally, a black man known for his initiative and kindness, was promoted to chairman of efficiency, one of the most coveted posts on the factory floor, and dreamed of starting his own barbecue business one day. John, a white machine operator, came from a multigenerational union family and clashed with a work environment that was increasingly hostile to organized labor. The Rexnord factory had served as one of the economic engines for the surrounding community. When it closed, hundreds of people lost their jobs. What had life been like for Shannon, Wally, and John, before the plant shut down? And what became of them after the jobs moved to Mexico and Texas?

American Made community struggling to reinvent itself. It is also a story about race, class, and American values, and how jobs serve as a bedrock of people’s lives and drive powerful social justice movements. This revealing book political moment, when joblessness and uncertainty about the future of work have made themselves heard at a national level. Most of all, it is a story about people: who we consider to be one of us and how the dignity of work lies at the heart of who we are. 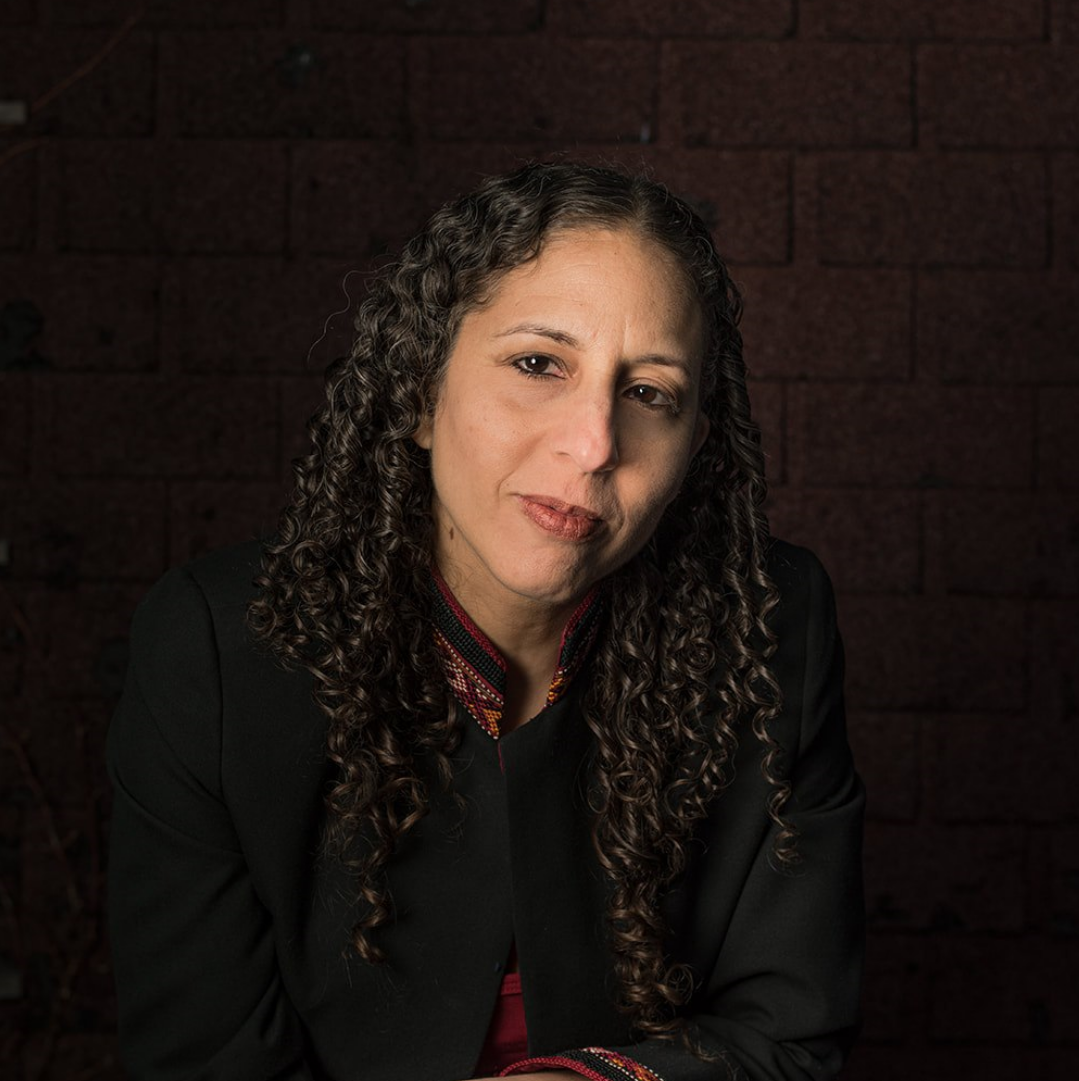 Farah Stockman joined the New York Times editorial board in 2020 after covering politics, social movements, and race for the national desk. She previously spent sixteen years at the Boston Globe, nearly half of that time as the paper’s foreign policy reporter in Washington, D.C. She has reported from Afghanistan, Pakistan, Iran, South Sudan, Rwanda, and Guantánamo Bay. She also served as a columnist and an editorial board member at the Globe. In 2016, she won the Pulitzer Prize for a series of columns about the efforts to desegregate Boston’s schools. She lives in Cambridge, Massachusetts, but also spends time in Michigan. 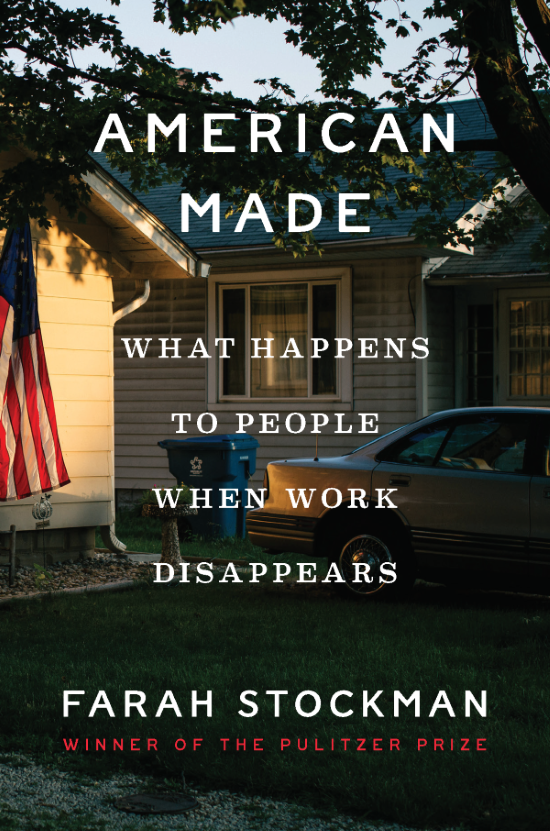 What happens when Americans lose their jobs?  In this illuminating story of ruin and reinvention, Pulitzer Prize-winning journalist Farah Stockman gives an up-close look at the profound role work plays in our sense of identity and belonging, as she follows three workers…

What people are saying about AMERCIAN MADE. author of Factory Man and Dopesick

"At last, an elegy for the working class that doesn’t skate on limpid stereotypes about laziness or lack of thrift. Farah Stockman did not just parachute into the lives of displaced steelworkers in Indiana for her debut narrative masterpiece. She stayed, and then stayed some more. American Made is THE STORY about how the rich screwed the working class while the rest of us yawned from our cushy bubbles. With humor, breathtaking honesty, and a historian’s satellite view, Stockman illuminates the fault lines ripping America apart." author of ...and His Lovely Wife and The Daughters of Erietown

"Farah Stockman’s respect for hard-working people is why they have given her access into their world, with all of its defeats and conquests. Her thoughtfulness as a writer is why we’re invited into their hearts, where dreams still simmer. Reading American Made is to understand the strength and courage it takes to forge a life in a world too many want to pretend does not exist. An extraordinary tribute to the rest of America." "Pulitzer winner Stockman debuts with a vivid and empathetic examination of “what jobs mean to people.” She centers the narrative on three former employees of the Rexnord bearing plant in Indianapolis, Ind., which announced in 2016 that it would close its doors and move production to Mexico and Texas. Shannon Mulcahy, who had been one of the first female steelworkers at Rexnord, credits the job with helping her escape an abusive marriage and support her multigenerational family. Since the plant’s closure in 2017, she’s struggled to find work that will provide the same benefits and sense of pride. Wally Hall sees the plant’s closure as the spur he needs to try to launch his own barbecue business, while union leader John Feltner has harsh words for coworkers who agreed to train their Mexican replacements for a $4 per hour bonus. Stockman contextualizes developments in her protagonists’ lives with lucid discussions of globalization, immigration, and the rise of the service economy, and casts events against the backdrop of America’s recent political turmoils, noting that Donald Trump’s harsh criticism of Rexnord’s closure earned him supporters among the plant’s workers. Throughout, Stockman interrogates her own political and cultural assumptions, and draws vibrant profiles of her three main subjects and their colleagues. The result is an intimate and captivating study of the forces dividing America." 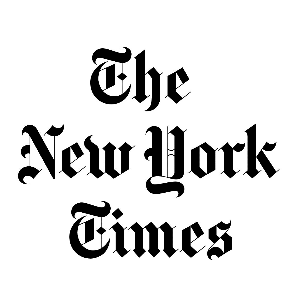 "The task of 21st-century capitalism is to find a model that combines growth and innovation with ways to protect people from the painful shifts these forces so often bring. AMERICAN MADE is a reminder that this search continues." 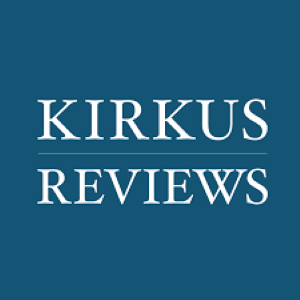 "Stockman shows the shattering effects of globalization on the unskilled workers sometimes called “the precariat” for the precariousness of their jobs… this book gives a valuable account of the many things work means to Americans." 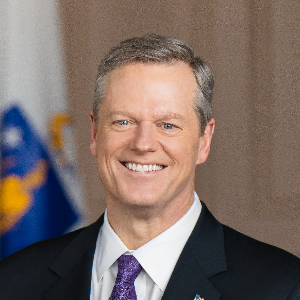 "AMERICAN MADE by Farah Stockman is a very good book, and in some ways, is exactly what the book jacket says it is: a serious and thoughtful look at what happens to people when they lose their jobs."

There are no upcoming events.

Farah Stockman is available for interviews and author events.

Get in Touch with Farah

To contact Farah directly, please use the form below.

Get your copy of American Made